A gala evening including an outdoor BBQ with 30 regional specialties awaited us at Hotel Torre Lido Egnazia.  After “just taking a spoonful” of each, I ended up with two full plates, put them in front of me, and thought, “Are you kidding??  I can never eat all of this!!” 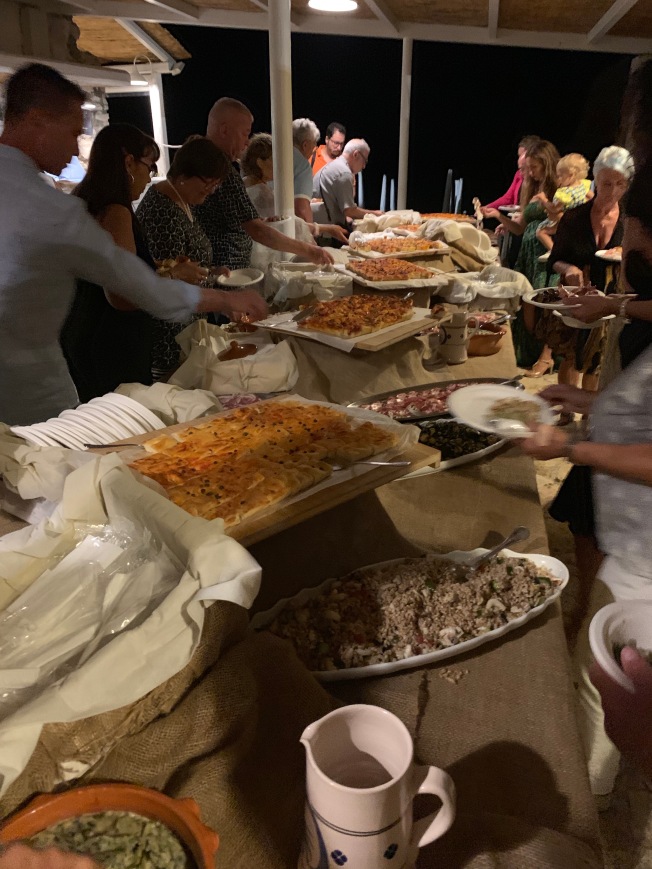 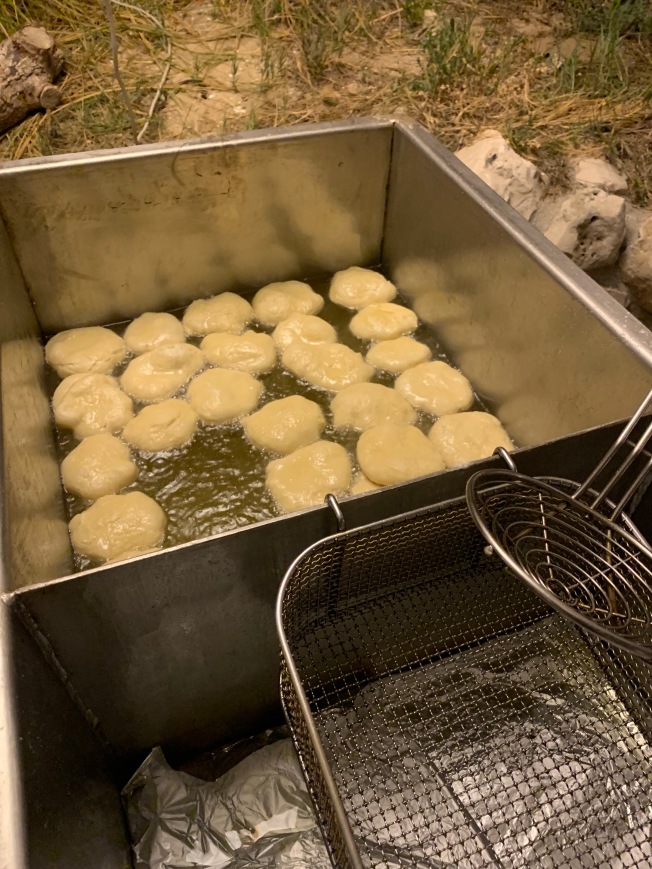 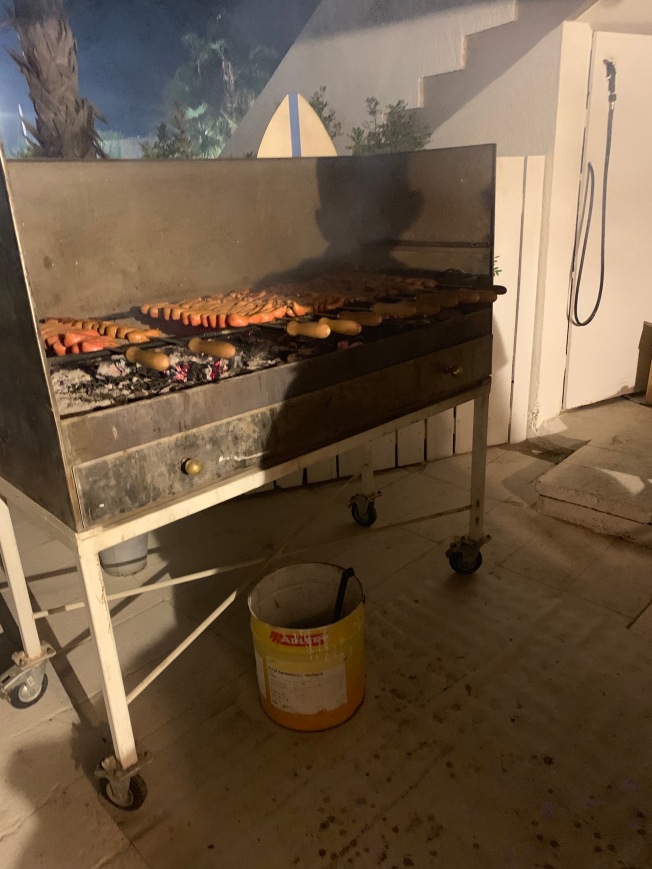 With bellies full we changed into our final clean clothes for the final Milonga!  The evening was graced by an exhibition of Germàn and Magdalena.

The next morning it was off to Venice for our final evening.  Deciding to stay in Cannaregio (one of the “sestiere”/neighborhoods), we thought 1)it would be a bit closer to the airport and 2) it would give us an opportunity to experience a different part of Venice.

We stashed our two large suitcases in the “left luggage” spot at the airport.  What a huge relief to not lug those things around!

Bingo!  We hit the jackpot.  We discovered the perfect apartment for the long-term stay we are anticipating for 2021.  In a quiet calle, away from crowds, large, comfy, in a 17th century building.  Yet just 30 seconds from the front door are restaurants, cafes, and two magnificently stocked grocery stores.

A few discoveries as we walked the Strada Nuova, the “street” that stretches from the railway station all the way to San Marco: 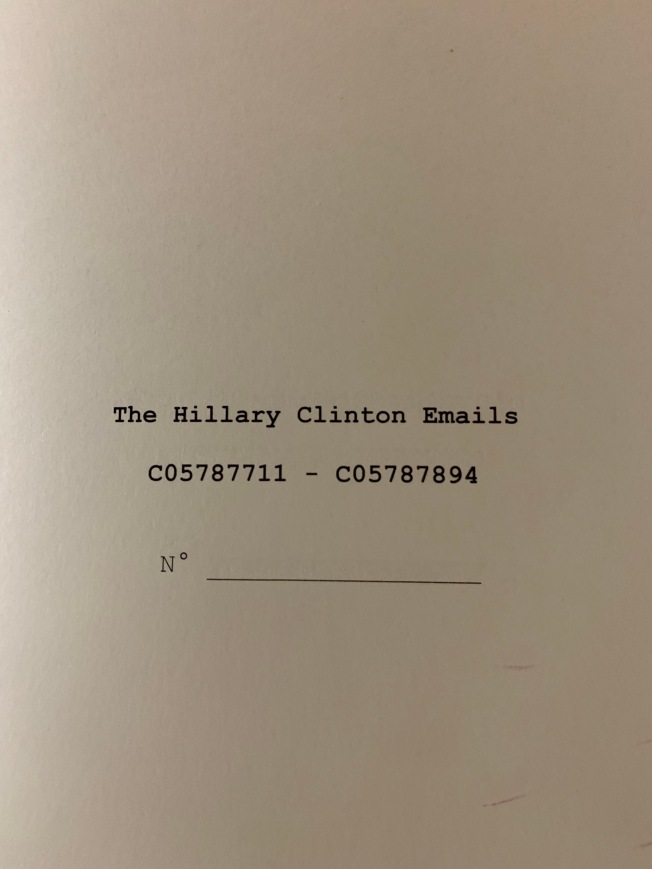 We basked in the final few moments in this lovely city, albeit really crawling with tourists at this time.

Sunday morning we had a final view of the Grand Canal from the small dock by our calle, boarded the Alilaguna, and headed home. 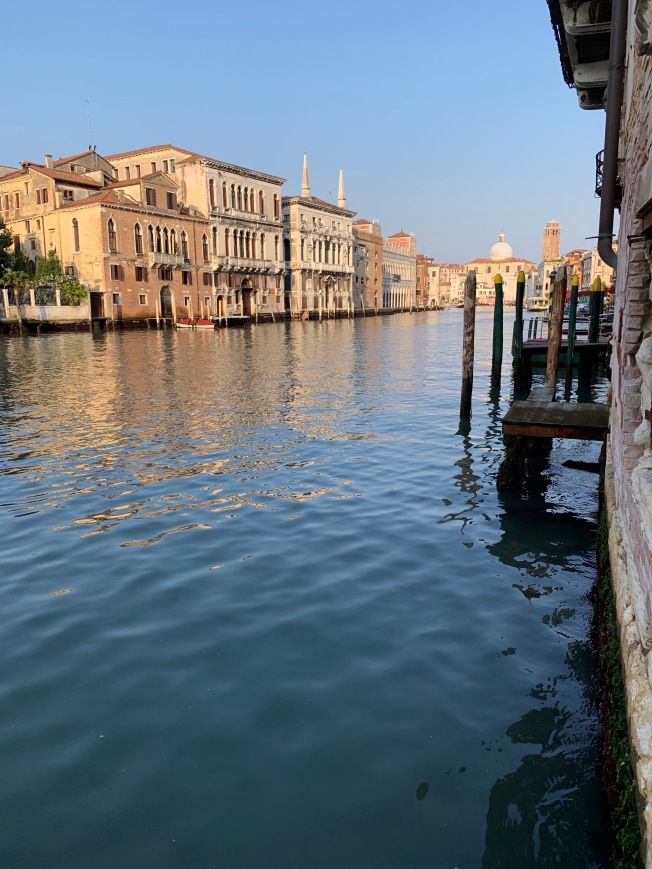 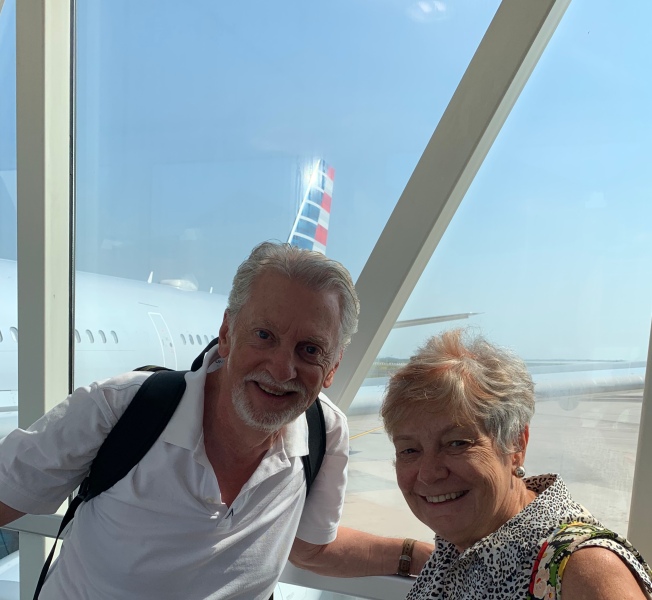 She approached the evening with some trepidation.  The guy in charge, Jimmy, had asked if it was her birthday. . .”È il tuo compleanno?”  “No,” she replied, “è  i nostri anniversario sposato!”  It’s our wedding anniversary.  Throughout the day she noticed veiled or outright references to the day by her partner.  She wanted no big deal.  It was another anniversary in a string of them throughout her life since she’d been 20 years old.

Thursday night the milonga was not as crowded as in previous evenings.  Perhaps people were tired after the very late night at Tenuta Monocelle.  Perhaps it was near the end of a very active week.  But the dance floor was beautifully uncrowded, making navigation manageable.

Jimmy asked her to dance.  What a very kind, safe, and accomplished partner!  Perhaps that would be the end of it. . a dance with the organizer on their anniversary.  Two other men asked her to dance, a first for her during this week.  She and her partner danced several tandas.

She was getting tired and wondered when they’d leave.  1 am was about her limit. . .

. . . And then it happened.  During the usual break in the evening in which the host welcomes everyone, he went on to say in Italian that tonight they were happy to have two guests from Pennsylvania celebrating their wedding anniversary. . .50 years.  NO. . .she wanted to melt into the floor.  And it truly wasn’t even 50 MARRIED years, just 49.

Somewhere a cork popped.  Massimo approached them with a bottle and two glasses.  “Grazie,” she said, accepting a glass of bubbly.  But wait, he was beckoning them onto the dance floor. . .the anniversary couple were being invited to dance.  In. front. of. everyone.  In front of world champions.

Feeling tears beginning to well and a lump in her throat, she prayed for calm and strength, as she had done so many other times in her life.  Grace under pressure. . .

And she closed her eyes and danced.  Eighteen months of tango converged into 3 minutes of loveliness.  She followed her partner’s lead and his invitations to embellish.  She was vaguely aware of photos flashing, approving murmurs when her partner executed a fancy step.

The music stopped.  The crowd cheered.  Women and men approached to kiss cheeks and offer “Auguri” or “Complementi”–words of congratulation.  She felt overwhelmed with warmth and kindness.  She was in awe of what they had just accomplished.

It struck her that not one photo had been taken on her phone, yet surely someone in the crowd would have a photo or two to share.

Was this a dream?  Did it really happen?

Epilogue:  As of this writing, not one photo has yet surfaced, although a few tangueros have assured her they will share photos.